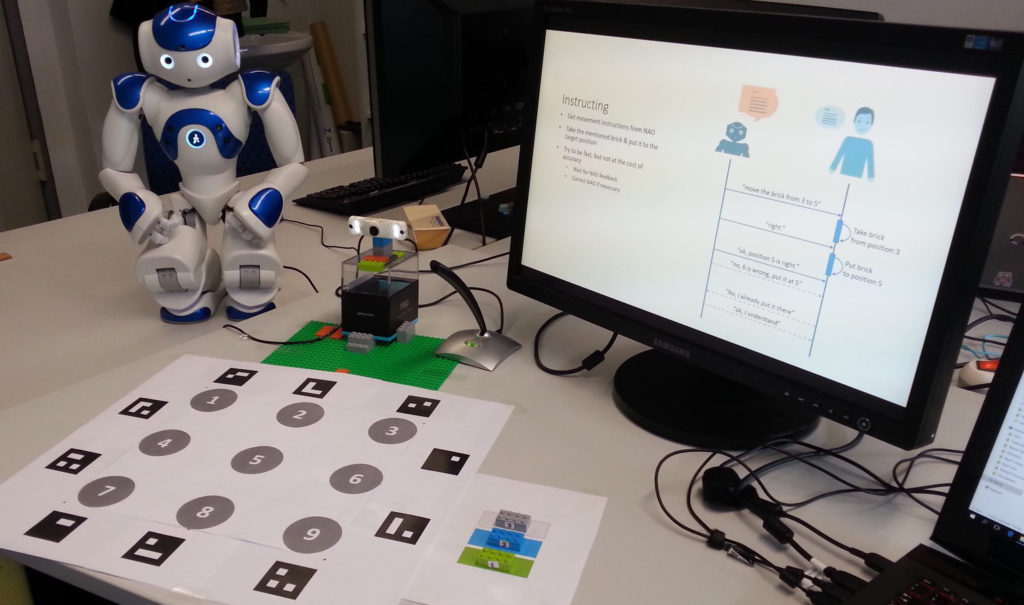 Gaze is known to be a dominant modality for conveying spatial information, and it has been used for grounding in human-robot dialogues. In this work, we present the prototype of a gaze-supported multi-modal dialogue system that enhances two core tasks in human-robot collaboration:

We performed a user study to investigate the impact of different eye trackers on user performance. In particular, we compare a head-worn device and an RGB-based remote eye tracker. Our results show that the head-mounted eye tracker outperforms the remote device in terms of task completion time and the required number of utterances due to its higher precision.

This site uses Akismet to reduce spam. Learn how your comment data is processed.